For my last audio assignment, I decided to do the “Ted Talk Pronunciation Practice” prompt.

I always struggled with giving presentations. The worst part was always getting my words jumbled around. All the random pauses and stutters are what I need to improve. Thankfully with this assignment, it’s just audio, which I think is a lot easier than giving a real Ted Talk!

This assignment took more preparation than actually making it!  To prepare, I had to watch the Ted Talk video a couple of times, the first time around took longer because I had to write down what the speaker said. Then I watched the video a second time to get a better understanding of the way the speaker was talking.

Then comes the practice. I wanted to not only say the right words but also have the right tone of voice. I read the script a few times before recording just to see how I can to put my own twist to it. I realized the Ted Talk speaker had a slideshow that went along with his speech.  Because of this, I had to remove a portion of the script so that my audio would make sense. Recording the talk took many tries. I would either have random pauses or stumble on my words. Finally, I got a take where I fully went through the whole script in one go!

How I completed this assignment:

I watched the Ted Talk video to write the script and catch details on the tone.

Like I previously mentioned, I decided to take out part of the speech. The words that I planned to skip over are highlighted in yellow.

I used the Voice Memo app on my phone to record my Ted Talk. 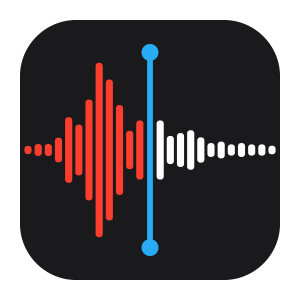 I used Audacity’s Effects – Amplify feature to increase the volume of my audio.

After fixing the volume, I exported the audio.

To change the audio from a WAV file, I right-clicked on the audio, and clicked “Encode Selected Audio Files”.

The file changed from .wav to .m4a.

After that, I uploaded my audio to SoundCloud!