Moon Graffiti began with beeping and static noises represent the setting. The conversation exchanged through the radio became hectic when the characters talked faster and the alarm going off. There is an abrupt ending when the voices and the noises cut off. The audio picks back up after a few seconds of silence. It starts with a man announcing the tragedy.

The podcast then continues with the introduction of the cast and an explanation of the beginning. As the person is talking, there is subtle background noise. Then there is a transition for the story to begin, which is shown by silence. While the two astronauts are talking to each other, there are subtle air/wind noises in the back. Their voices are also slightly muffled to show that they are in suits. I noticed that one voice sounds louder and clearer, while the other is much softer.

While the two astronauts were taking the photos, there was slow and suspenseful, almost eerie music in the background. Other times, when the astronauts are talking, their voices are bare and isolated. The announcement from the beginning is reenacted to conclude the end of the podcast. 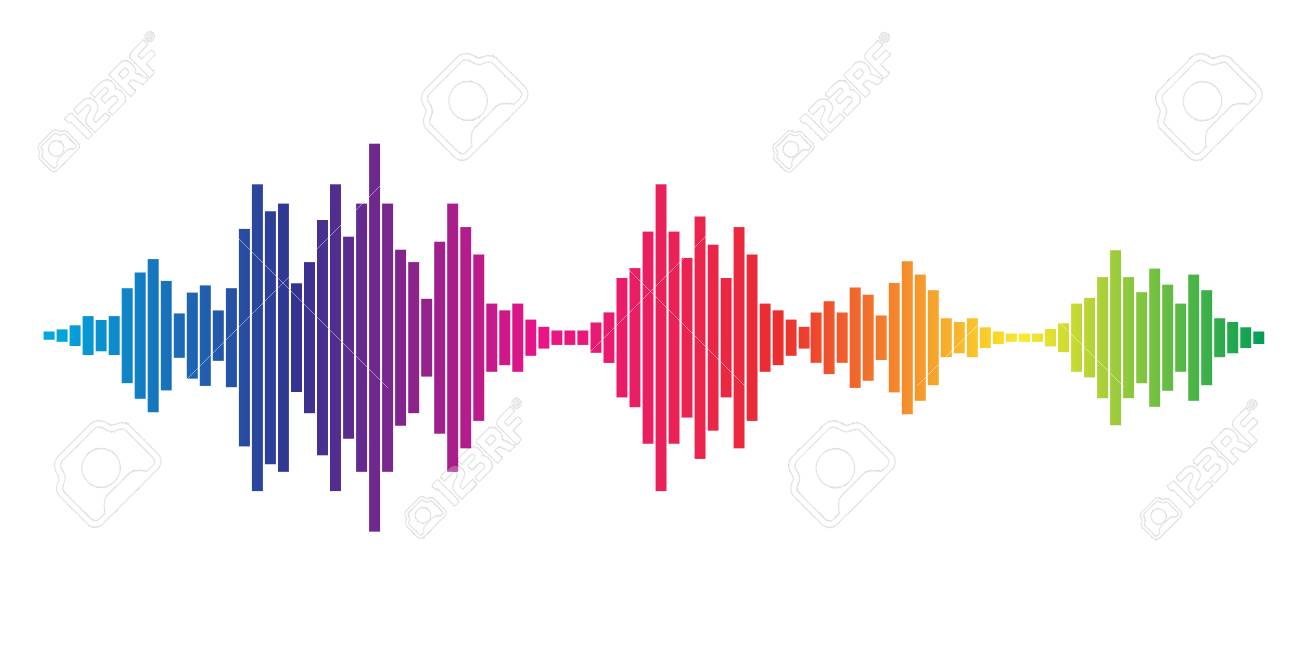 I completed the “Sound Effects Story” prompt for my second audio assignment. For this assignment, I used 11 different sounds to put together a simple story in under 90 seconds!

The background of the story I created is about a student having a typical summer day. In this story, the student packs up their belongings and drive to the library. They walk inside and find a seat, and start their work right away. This includes going on the computer, reading, and writing. Then they head to the gym and back home. 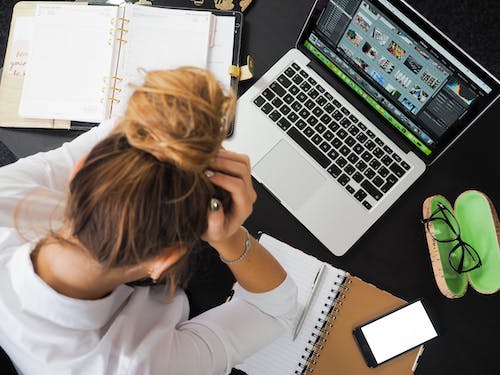 Not sure how well it worked, but I still find bits of the audio choppy since I am still figuring out how to do transitions and such.

To create this sound effect story:

I found all of the sounds I wanted to use on freesound.org.

I went to Audacity and imported the audio files in order.

After I got the audio in order, I made sure to cut each audio and paste them at the end of the previous audio. This way, the different audios do not get mixed or layered. I also cut part of the sound effects that I don’t want to use.

Some of the audios are noticeably louder than others so I went to Effects – Amplify to adjust the volume.

After the volume and the length of the story is fixed, I went to the WavePad, so save the audio as an MP3 file.

Hopefully, the pieces that I make in the future are smoother and have a nicer flow, but as for now, here it is!

For my first audio assignment, I chose to do the “Instrumental VS Vocals” prompt.  Now that I finished it, it was a bit difficult for my first assignment… Perhaps I should have picked a simple one first. Nonetheless, here it is!

There was a time at school, where I would pick a handful of songs and I would listen to them, every day, on repeat.  I listened to them to the point where I almost disliked them. If I were to listen to those songs today, I would just get a flashback of me overplaying it. Now I know not to do that!

While working on this assignment, it reminded me of that story. I was working on figuring things out and how to work the audio software for a while. It almost made me get tired of the songs. But I am super glad that it didn’t take so long that I hated the songs, phew!

For the instrumental, I picked The Weekend, by SZA.

For the vocals, I used Daniel Ceasar’s A Cappella.

To start, I used the Audacity app.

I added the two audio files by importing them.

The audio file for the instrumental was much longer than the file for the vocals. So I had to edit and cut the end portion of the file, which I was not using.

To make the mashup sound more pleasant, I made the instrumental a lot quieter. To do this, I clicked Effect – Amplify, to adjust the volume.

Unfortunately, I could not get LAME mp3 Encoder, because my computer for some reason would not download it. I had to export the edited file, normally, as a WAV file instead of MP3. Then, I had to download another program, called WavePad.

In Wave, I opened my WAV audio file into the programmed, made no changes, then saved it as an MP3 format.

It might not be the greatest mashup ever made, but hey, I think it’s pretty alright for my first audio project.

In the first video of Ira Glass speaking about Storytelling, he elaborated on the main components that go into telling a story.

I learned that anecdote is the sequence of the story, how is it told. Glass states that a boring material can be told in a certain way, that it becomes interesting. As long as the story has a sense of movement, then it will make the story better to listen to. One thing that Glass said is raising questions in a story, which I never really think about. The order that a story is told will create suspense and raise questions for the listeners. It is important that the story is answering questions as it goes on.

Moment of Reflection is the point of the story. Glass explains that this is the “Why was this story told in the first place?” The story should somehow explain the original intention of sharing the story.

I also watched the second video where Ira Glass explains what makes a story a good story.

When creating a project, such as a story in audio form, it is important to think about the story itself. Glass said, “Often the amount of time of finding a decent story is more than the amount it takes to produce the story”. This means finding a good story that is worth sharing. 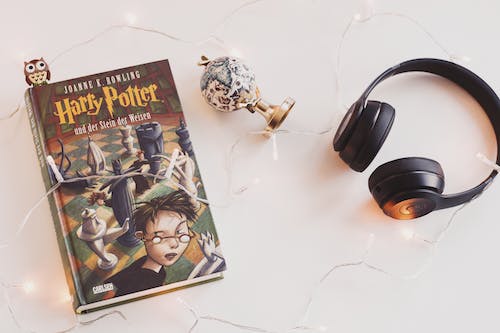 I learned that when there is a story to tell, you have a certain feeling about it, so much so that made you want to share it. Therefore, when it is time to share, you must let those feelings show through the stories. This will help the story be delivered the way you want it to.

When I make my own stories, I hope to have a proper sequence, where my story is easy to follow and that it would overall make sense. I also aim to put emotions into the stories that I tell or make so that the outcome of my story is much more special and memorable.

In the short interview with Jad Abumrad, I really like how he mentioned how one of the reasons that the radio is fascinating because of its lack of pictures. As Abumrad said, I figured that the radio, “involves co-authorship [between the creator and the listener]”. To me, this means that the story that is told through radio allows the listener to use their imagination to create their own picture.

Below is my daily create response for the 4th of June 2019.

Here is my daily create response for the 3rd of June 2019.

To be honest, this week has been a bit overwhelming. I made the mistake of thinking that I had more time than I actually did. But I am thankful that I was able to complete all of the assignments.

I started by reading through all of the assignments for the week. I began looking into the resources provided about design.

I liked reading Vignelli Canon as it was interesting and a quick read, here is my blog post about my thoughts on what I learned from it:

For the Design Blitz, I gathered a handful of photos that fit the design concepts, but I narrowed it down to a few.

This week, I completed 4 Daily Creates!

All smiles!😁 This might seem like an unusual pair, but hey, there’s no one that can break this friendship, they’re best buds! they do anything and everything together, from eating snacks, to having adventures at the park! #tdc2697 #ds106 pic.twitter.com/aCUeF7o8Of

Being a Fashion Designer

Honestly, I struggled to make GIFs at first. I have always seen them everywhere, but I have never really got into making my own, mostly because I didn’t know how. But now I do! Here are my two Animated GIF Assignments:

I made comments this week on some of my classmates’ blog posts and tweets!

I commented on Bree’s “That’s Not What I Expected” blog post:

this reminds me, I’ve been meaning to buy some metal straws online! ♻️

This week, I have been trying to add more to my posts, such as adding more pictures, GIFs, and other forms of media. I also wish to strengthen the stories that go along with my blog posts.

Something this week that I would do differently would be making the tutorials. I wish that I had remembered to take screenshots as I’m making all of the edits and designs. If only I had remembered, I wouldn’t have to do it twice! Overall, I hope to continue improving myself in those areas.

Earlier this week, I decided to take pictures of the gym I go to. While I was there, I realized that the gym is a perfect example of the design concept, Rythm/Pattern.

The gym is divided into different sections, depending on the type of exercises. There is an abs section, the weights, cardio, stretching, etc. The pattern here is that machines are placed in a certain order, for convenience of the gym members.

For example, depending on the day and the workouts, I go to specific areas of the gym. Because I focus mostly on strength training and weights, I rarely go into the cardio section.

This is a photo of the chandelier that is above my kitchen table. This chandelier represents the design concept, Unity.

Trent Sizemore has a blog post about the different elements of design.

In the post, he mentions that “[an example of unity] could be separated into each part as its own piece, but together they become a unified composition”.

The chandelier consists of five separate lights that are wired together by the centerpiece. This resembles unity because each light can be on its own, but because it is put together into a chandelier, the piece is much better as a whole.